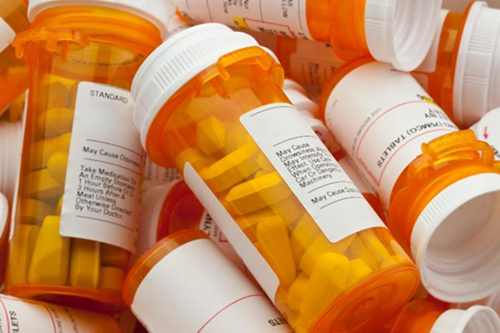 This example RCA looks at the negative public impact due to opioid addiction. As with other Sologic examples of “big” problems, we need to disclose that the primary purpose for choosing a problem of this magnitude is to demonstrate how to complete a root cause analysis on a large problem.

This RCA is based on information from multiple sources, and it examines the problem from a macro-perspective (top-down) instead of looking at individual cases of addiction (bottom-up). A different way to conduct an analysis like this would be to select a sample of individual cases of addiction, complete a separate RCA for each, and then look for common causes between the different cases.  Note that the list of Solutions contains a combination of things already being tried along with suggested actions. Feel free to contribute if you have ideas! Send them to us, and we'll update the file with your contribution.

The Focal Point is the term we use at Sologic to describe the problem being analyzed. It’s the focus of the investigation – what we are trying to understand, and solve. In this example, we chose “Negative Public Impact due to Opioid Addiction” as our focal point. This is a bit broad – for instance, what does “negative impact” mean? And why use the word “opioid?” The Sologic RCA method is based in conditional logic, which follows the pattern “If… then.” This allows us to look at combinations of causes that come together to create effects. By choosing “Negative Impact due to Opioid Addiction” as our focal point, this allows the investigation to branch into two pathways:  1) Why are people addicted to opioids? and 2) Why does this create a negative public impact? If you read this summary along with the cause and effect chart (print it out if you need to), you’ll see that these are the primary branches.

Negative Public Impact:
In 2013, nearly 24,500 people died from opioid overdoses. In 2016, the number had doubled to over 50,000.  This is because opioids are unforgiving in high doses. In such cases, opioids slow and ultimately stop your breathing and your heart, and then you die. 16,235 of those 2013 deaths were from opioid painkillers and 8,257 were from heroin. And while these deaths are tragic for family and friends of the deceased, they also impact society from the unrealized productivity and value they could have created. The deaths of celebrities like Prince and Phillip Seymour Hoffman get a lot of attention due to their popularity, but we all have the potential to contribute in a positive way. Along with the fact that opioid overdoses can easily kill, addicts cause a drain on society in general. There are high-functioning addicts that may be able to effectively hide their addictions and still function productively. But many addicts are a net negative to society and to their families, consuming resources disproportionately to what they create. To sum it up, opioid addiction impacts all of us significantly and we’d all be better off if this impact were reduced.

Many People Addicted to Opioids:
“Many” is one of those words that does not tell us much. But you will notice on the chart that we go on to break out the numbers for both heroin addiction (467,000 in 2014) and opioid painkillers (2.1 million in 2014). When you see the numbers, the picture becomes a lot clearer.

Many of us probably think of opioid addicts as homeless street kids sticking dirty needles in their arms. But heroin is only a part, albeit a significant part, of the overall burden. According to our research (which you can view in Causelink by clicking the small pie icon in the bottom left corner of each cause, or by examining the evidence list found under Report > Evidence) there are more than 5x as many people addicted to prescription painkillers as there are heroin addicts in the USA. And what is interesting about that is that these opioids provide a pathway to heroin addiction.

Disclaimer! We are not saying that opioid painkillers always lead to heroin! That is not universally true. But sometimes it is true.

A common property of opioids, other than being extremely effective pain management capability, is that they are extremely addictive. In 2012, there were 259 million prescriptions written for opioid painkillers in the United States. The US population in 2012 was 314.1 million. Map those two numbers on top of one another and you will get an idea for just how prevalent these types of painkillers are. Did I mention that they are addictive, to the extreme? When seen in this light, what’s amazing is that the numbers of addicts and deaths aren’t higher than reported.

Heroin:
As a child of the ‘70s and ‘80s, I grew up with drugs in my face. We were all steeped in drug culture one way or another. And we’d all see it – because some kids did use drugs. But not heroin. At least I never saw it…not until years later when, on a trip to Portland OR, I glanced over my shoulder and saw a guy stick a needle in his arm in some downtown alleyway. Heroin, rightly, earned its reputation as the hardest of hard drugs…the point of no return. There is no “experimenting” when it came to heroin – you went all-in. For some, this was not a deterrent.

Opioid Painkillers:
Many other addicts would have never considered heroin. Yet, they end up addicts anyway.  Opioids do a great job at pain management. A 1986 study, since criticized (by even its authors) for using a non-representative sample size, found that opioid painkillers could be used without a significant risk of addiction. This study went relatively unnoticed for several years. But in the ‘90’s, Purdue Pharma created OxyContin, essentially a synthetic version of heroin. They used this study as justification to pressure doctors to write more prescriptions. And it worked. They made a lot of money. Other pharmaceutical companies took note and followed Purdue into the opioid market. And the money flowed in.

Along with this was the introduction of the “Pain Scale.” If you’ve been to the hospital in the last 20 years, you’ve probably been asked to assess your pain on a scale of 1 – 10. This scale is usually associated with a series of “smiley” faces that portray emotions from supremely happy to supremely distressed. Doctors began using this scale to manage patients pain, often misrepresenting the risk of addiction. And apparently there aren’t many things more effective at turning that frown upside down than a belly full of Fentanyl. We all become addicted at different rates. But let’s just say that once you are addicted, and you have been without your fix for a period of time, you are likely to say what you need to say in order to get a refill.

The Affordable Care Act inadvertently exacerbated this problem. In its attempt to tie pay to performance, it included patient satisfaction surveys (including “Was my pain managed effectively”) as a performance metric. This incentivized doctors to make pain management an extremely high priority because it would impact their Medicare/Medicaid reimbursements.

And the Joint Commission for the Accreditation of Healthcare Organizations (JCAHO), the industry-organization responsible for issuing accreditation to healthcare providers, in a 1999 paper advocated patient-scored pain levels be treated as a vital sign – just like heart rate, temperature, and breathing rate. They have since rescinded this recommendation, but it stuck nonetheless.

Patients got in on the act too. When you experience pain and the doctor gives you something that makes you feel better, you ask for more of it. We trust our doctors. And if they give us something that not only takes the pain away but provides us with a nice sense of euphoria at the same time, it can’t be bad, right?

Once a patient becomes addicted, their brain chemistry changes. They become an addict – doing things they wouldn’t normally do to alleviate the pains of addiction. Once their “legitimate” supply of drugs dries up, some of these addicts find their way to heroin. Others look to the street to fill their prescriptions illicitly. And then they become part of the overall societal problem, contributing to the broader negative impact.